The eggplant that sat on a porcelain plate in the center of the dinner table; a vegetarian pièce de résistance in all of its terrible glory.
​
Diversity was the name of that table growing up. My sisters and I out playing in the dirt. My mother was home in the kitchen, and she’s still there: Painted yellow with turmeric and red with paprika and chili, smelling of butter and salt from the rolls turning golden brown in the oven, humming along to songs (Whitney Houston, Bette Midler, Cher, Fleetwood Mac, Elton John…) that played on old records. My father had kept the record player from when he was a teenager in the 70’s. Analog has a different sound. The house smelled of old wood and creaked in noises as you moved through it – but the kitchen, the kitchen was music and spice; sweet and soulful sounds and sweeter pastries, and always something new to smell, see, taste, touch.

I loved her music, except maybe for Bach and his Sonatas and Partitas (which I found got to be a little dull after a while). I loved her cooking, too – I loved just about any-and-everything she’d make for the dinner table and breakfast nook; for my lunchbox I brought with to school.

Except, of course, for that one thing. Everything, except for eggplant. 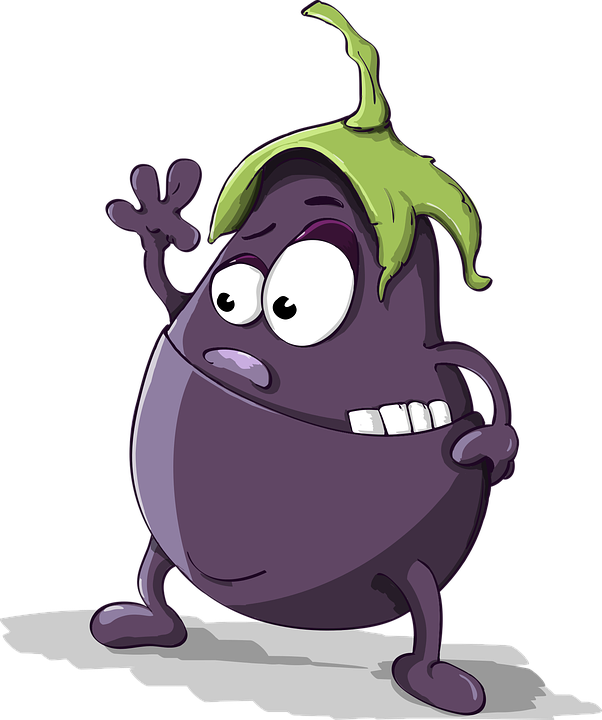 Not an egg or eggy at all was this eggplant. This aubergine. This purple, spongey, meaty nightshade that still makes me shiver (an increasingly brief shiver; I am still learning) when I think of it.

The problem didn’t lie solely with the fact that I hated eggplant. No. The problem was also that my mother liked it so very much: She loved to cook with eggplant – couldn’t resist adding it to pasta sauce, her ragù, and atop her morning quiche. She’d make baba ganoush in the spring. She’d roast it on the grill, skewered shish on warm summer nights.

She’d stew it with chickpeas and tomato for a stew come winter cold.

And her most-favorite lunch was an eggplant sandwich from the small neighborhood restaurant, called Muffaletta, on Como Avenue just down the street (that restaurant, sadly, is now closed).

And I tried (as much as a child can try) to do my best; to chew and swallow dutifully. To quiet down and didn’t I know that there are starving children in… I did this with the other things I didn’t enjoy (I also didn’t understand the beauty of the mushroom until later in life). But eggplant was the one thing that I simply couldn’t stomach or stand. Something to do with the texture, maybe, as no other vegetable, no other food for that matter, really has the same texture as an eggplant. Or maybe it was that slightly off, slightly of mold-tasting blandness I perceived as its only offering of flavor.

Probably, it was something of a combination of the two.

But my mother tried as well, as a mother does. She’d cook it different ways – How about like so? she’d ask. One week like this, another week like that; one week sliced thin and cooked with rice, another week diced and fried with breakfast potato hash. (I actually did enjoy baba ganoush until I discovered what I was eating. My mother, exasperated, asking me what difference did it make if I knew what it was? I liked it just fine before, for chrissake!). But there was something about just knowing what it was that turned my stomach inside out and left it in completely unappetizing pieces.

​Then, one night in (let’s say) late May. A Friday night, I remember, and the start of a long weekend. My backpack left and forgotten on my bedroom floor. The sun starting to set, turning the sky a deep red and orange as I came in from playing tag and kicking up sand and fighting with the neighborhood kids in the playground across the street.

For dinner? Pizza! Something no child can resist.

Pizza, yes. But eggplant pizza. I watched curious at the counter. Not the eggplant pizza you’re thinking of. Eggplant not on top, but rather for the crust. You see? It’s a normal pizza, just no need for dough. Eggplant will suit just fine as a base, mother said, to hold up all the other things that make pizza such a wonderful thing.

Sausage? Okay. Cheese? But of course. Onions? If you like. And… pineapple? She smiled at me and put her hand through my hair. And me, standing there, dubious. Skeptical? That most certainly. But, pizza, what else can I say?

The eggplant sliced into discs about a half-inch thick. Covered in her red tomato sauce and too much (or, just the right amount of) mozzarella cheese, and any/all other toppings I wanted. Roasted in the oven. The smell of tomato and basil and cheese and meat all melting together. I could see what looked like an oh-so-perfectly-round personal-pan-pizza cooking hot through the oven door and I was hooked.

Mom, of course, and of course as always, triumphant at last.

Directions:
Preheat the oven (a toaster oven works as well) to 425F.
Brush both sides of your eggplant slices evenly with olive oil.
Sprinkle salt and pepper atop.
Place on a baking sheet. Bake until the eggplant is browned, turning tender/creamy in the center, approx. 7min. Turn once.
Spread one tsp of your red sauce on the top of each slice of eggplant.
Cover with mozzarella cheese and whatever toppings you like.
​Bake until the cheese melts, approx. 5min.
Serve hot from the oven.
​Enjoy.

Read next: Making food your kids will love (that you’ll love too)